Co-Creator of SECRET’S OUT

Secret’s Out was a family game show that aired on the British Broadcasting Corporation during the 1984-1987 seasons.  Hosted by one of the most popular young personalities in Britain, it featured a panel of four pre-teens attempting to guess the mystery hobby of a guest contestant before the clock ran out.  The show included a celebrity with a mystery hobby and, for more fun, a secret word, which, if mentioned, caused a net full of stuffed animals to fall on the panel.

When the secret hobby was revealed to the audience, members of the panel were required to put on earmuffs.  The phrase, “Muff’s Off” started the clock and the game. 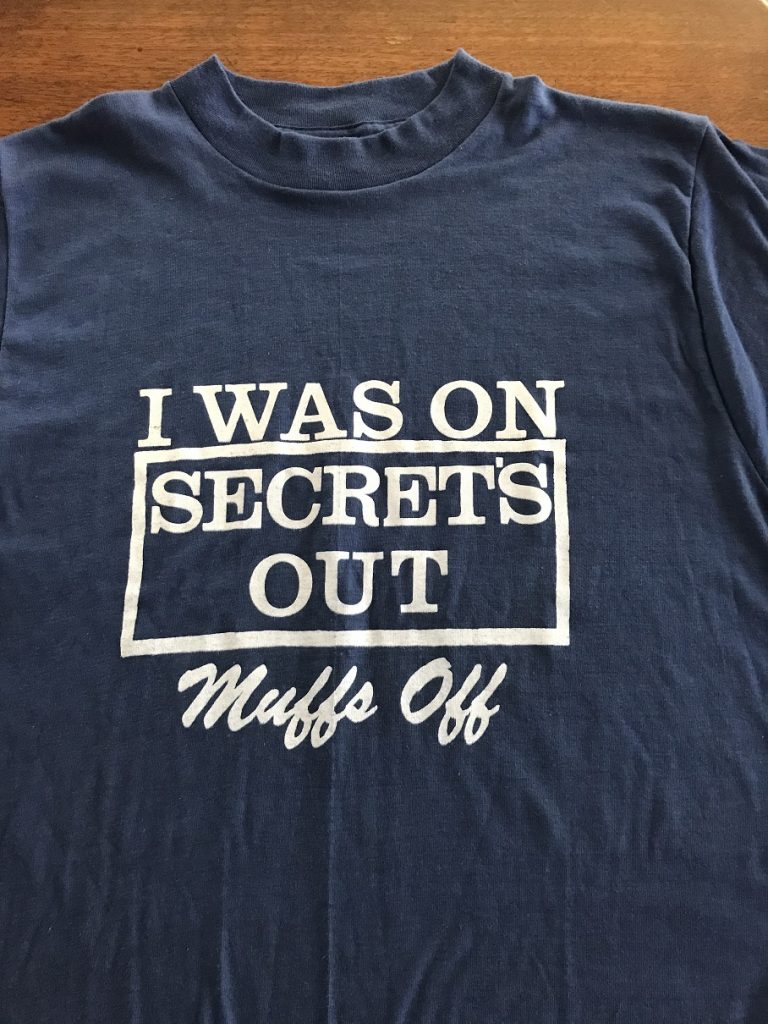 T-shirt from Secret’s Out, the BBC TV series
Menu