Born and raised in Houston, I started writing stories in elementary school.  My maternal grandfather owned a newspaper, my favorite aunt wrote short stories for women’s magazines, and three of my uncles were editors on large metropolitan dailies.  So a lot of writing talk went on in my family.

In secondary school, I was assigned to an AP class with a gifted English teacher who worked with me for the three years I spent under her tutelage.  My teacher’s name was Helen Greenwood, and she taught me how to write short stories.  In junior and senior year, three of my stories won national awards from Atlantic Monthly and a second in the nation from Scholastic Magazine in their short story contests for secondary school students.

I went to Yale, graduating with a B.A. degree in psychology.  I was supposed to be a doctor like my grandfather and great grandfather and two uncles, but my biology class freshman year didn’t turn out so well, and the thought of chemistry was more frightening than a poorly written novel.  I dropped my pre-med courses, but kept my psychology major because the subject fascinated me.  I went on to get a Ph.D. in organizational behavior and joined the American Psychological Association.

After college, I did a lot of things besides write, which included co-creating a television show that ran for three seasons on the BBC, appearing on Oprah, and testifying before Congress as an expert witness.  I also earned an M.B.A. in accounting and finance. I’ve written five nonfiction books that have been translated into thirteen foreign languages, including two that are described on this website:  Reclaiming the Great Commission (Jossey-Bass, 2000, co-authored with Bishop Claude E. Payne) and No Regrets: A Ten-Step Program for Living in the Present and Leaving the Past Behind (John Wiley & Sons, 2004). Writing fiction, however, has always been my great love, so that’s what I’m doing now.  As Joseph Campbell suggested, I’m following my bliss.

I like white clouds, deep blue skies, and summer.  I like to sail and meet interesting people.  My home is in Austin, Texas. 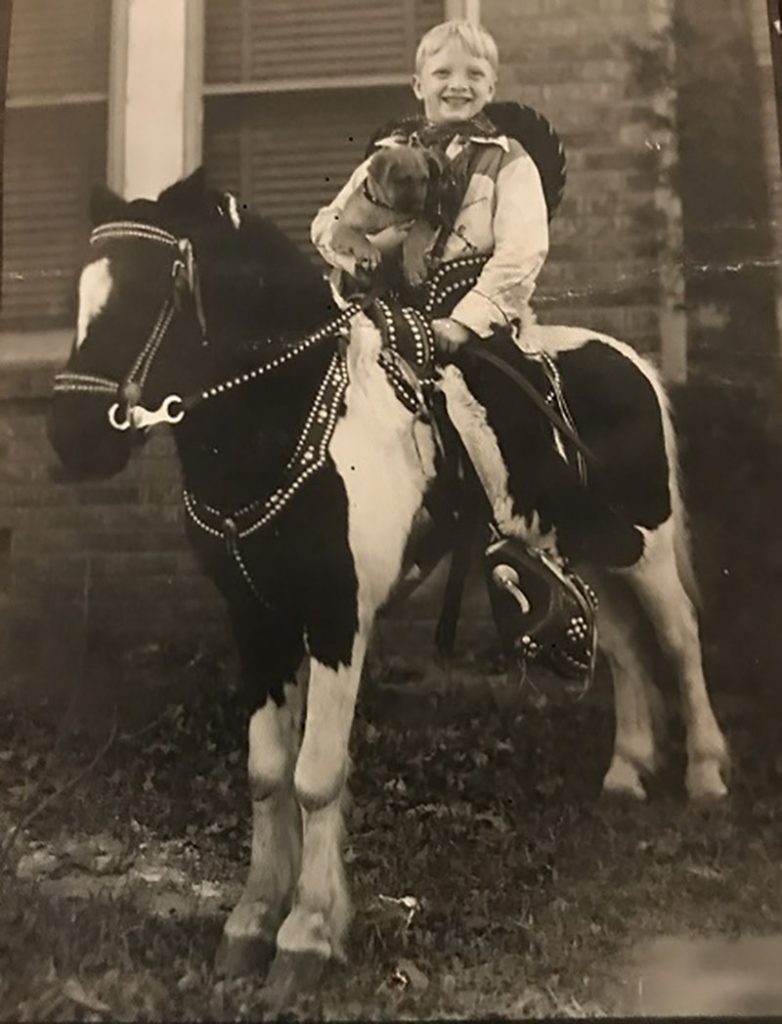 Me, my dog, and my horse about the time I started writing stories.
Menu